Cusco, a city in the Peruvian Andes, was once capital of the Inca empire, and is now known for its archaeological remains and Spanish colonial architecture. Set at an altitude of 3,400 m., it’s the gateway to further Inca sites in the Urubamba (Sacred) Valley and the Inca Trail, a multiday trek that ends at the mountain citadel of Machu Picchu. 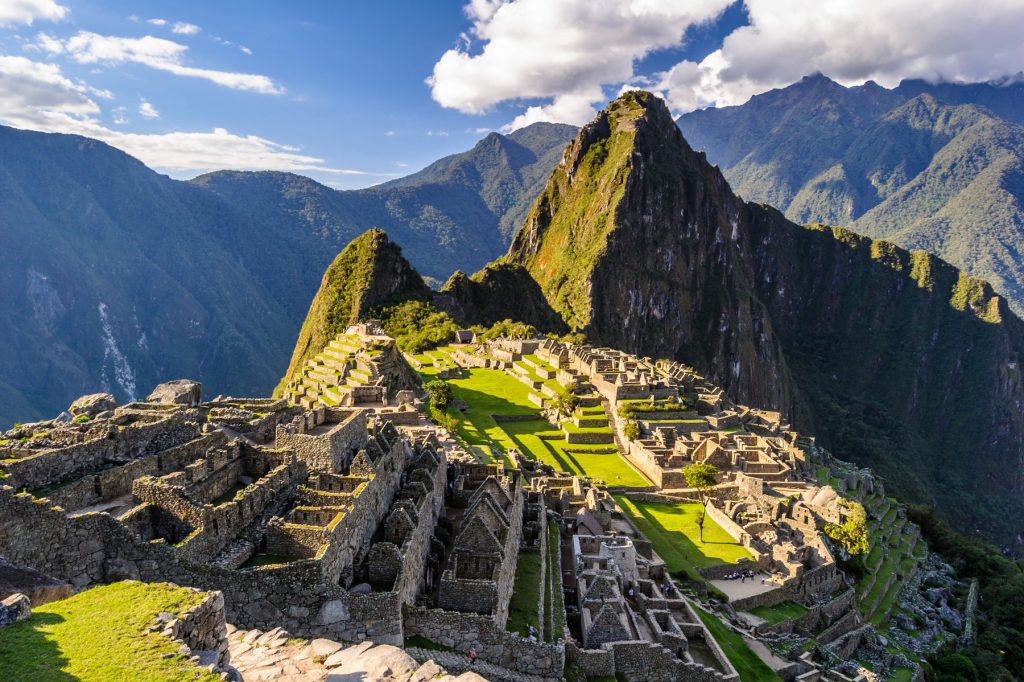 For many visitors to Peru and even South America, a visit to the Inca city of Machu Picchu is the long-anticipated highpoint of their trip. In a spectacular location, it’s the best-known archaeological site on the continent. This awe-inspiring ancient city was never revealed to the conquering Spaniards and was virtually forgotten until the early part of the 20th century. Despite this great tourist influx, the site manages to retain an air of grandeur and mystery, and is a must for all visitors to Peru.

There’s a reason this vista in Banff National Park is used to promote Canadian tourism, there’s something about the deep-teal depths of Moraine Lake (which has graced the Canadian $20 bill) that knocks your jaw to the floor. Nestled in the Valley of the Ten Peaks, its rugged setting, framed by snow-capped mountains and emerald firs, is magical. Paddle a boat through glacier-fed waters, investigate the great day hikes, or snap some of the best pictures you’ll ever take. 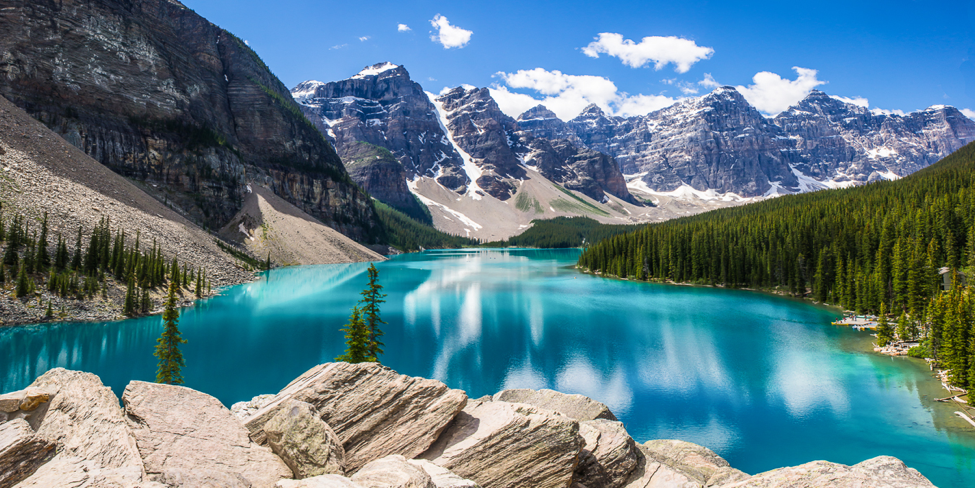 Vancouver, a bustling west coast seaport in British Columbia, is among Canada’s densest, most ethnically diverse cities. A popular filming location, it’s surrounded by mountains and invites outdoor pursuits of all kinds, but also has thriving art, theatre and music scenes. 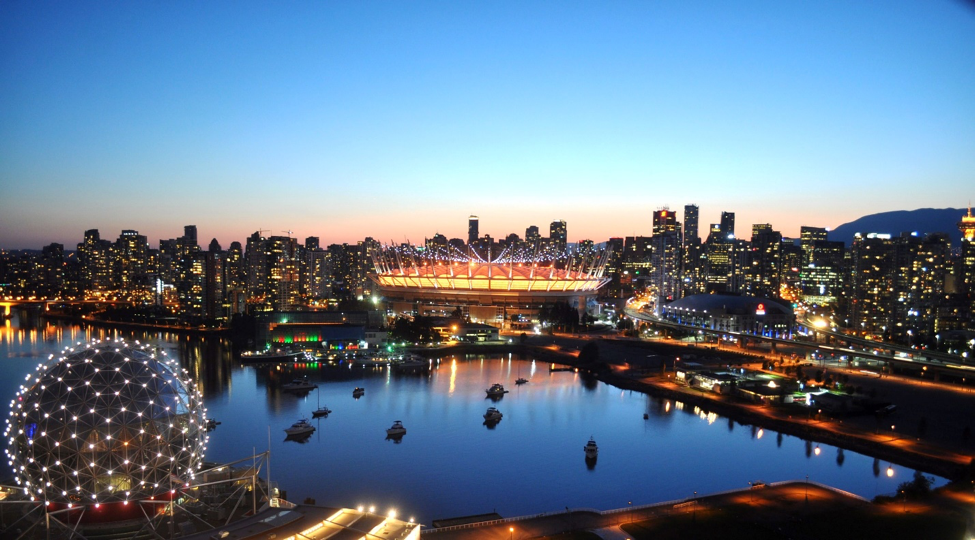 Just try to concentrate. Focus on your swing and not the pristine, black lava-lined fairways and palm tree-speckled greens. Block out the crystal blue waters and the rhythmic crash of waves just beyond the bunker. Try your best to forget that you’re playing on one of the most beautiful golf courses you’ve ever seen. It may take a few holes, but you’ll get used to it.

With some of Hawaii’s most magnificent courses to choose from, some crafted by the biggest names in course design, Hawaii Island is known as the “Golf Capital of Hawaii”.

Like all the other splendid amenities of the Four Seasons Resort Hualalai, the 18-hole Jack Nicklaus signature Hualalai Golf Course has been crafted with extreme sensitivity to the land. Winding over 7,100 yards, this carefully groomed course begins in a lush kipuka (oasis) and then flows across brilliant green fairways contoured against black lava. Finally, the course returns to the ocean, where the finishing holes capture the drama and the beauty of direct seaside golf. After an exhilarating game, relax in the clubhouse where tropical refreshments, ocean views and a club-away-from-home experience await you. 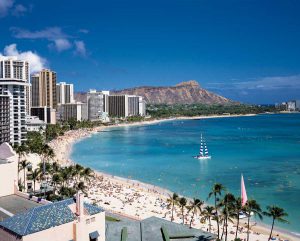 Hawaii is one of the world’s best places for stargazing. There are many stargazing options you can fit in your itinerary on the Big Island; from a (free) nighttime picnic to an adventurous visit to the world-class telescopes on the summit of Mauna Kea. It is no coincidence that some of the worlds most advanced telescopes are built on the Big Island. Few places on earth are better for watching the heavens above than atop Mauna Kea! On top of the mountain above the clouds, observing conditions are close to perfect, with almost no light pollution and little air above. 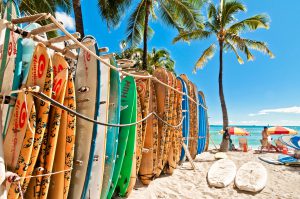 Located on the south shore of Honolulu, the world-famous neighborhood of Waikiki was once a playground for Hawaiian royalty. Known in Hawaiian as “spouting waters”. Today, Waikiki is Oahu’s main hotel and resort area and a vibrant gathering place for visitors from around the world.

Travel far from the busy world we live in to the unspoiled natural beauty of Africa for an unforgettable luxury African safari experience.
Tailor-made for wildlife, photographic and cultural enthusiasts, this exceptional Kenya safari will take you to the country’s most iconic destinations. Your adventure begins at Giraffe Manor in Nairobi, where you will have the opportunity to interact with these gentle giants. 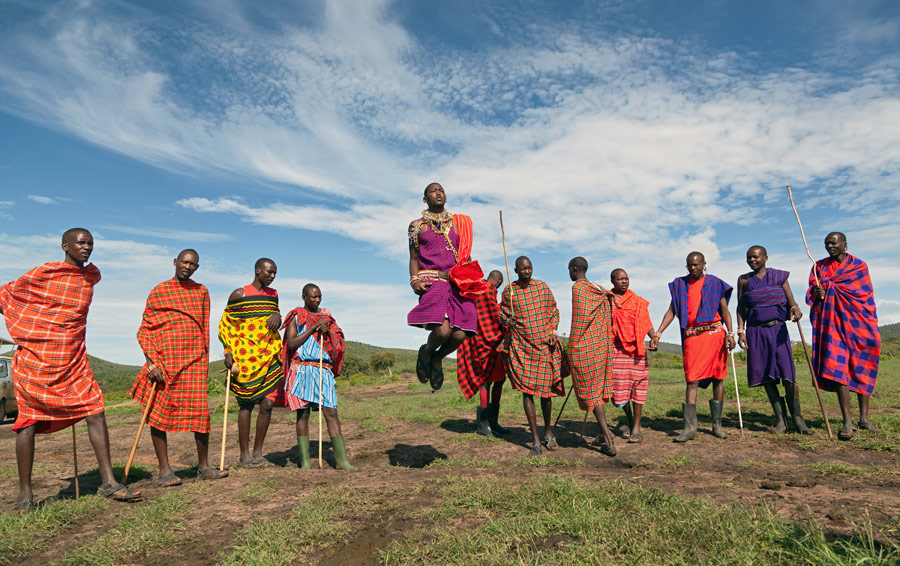 Following your choice of safari in northern Kenya, your adventure will continue to the country’s most venerated game park, the glorious Masai Mara – home to the seasonal Great Migration.
Citation: http://www.andbeyond.com/tours/offers/fly-me-around-kenya.htm 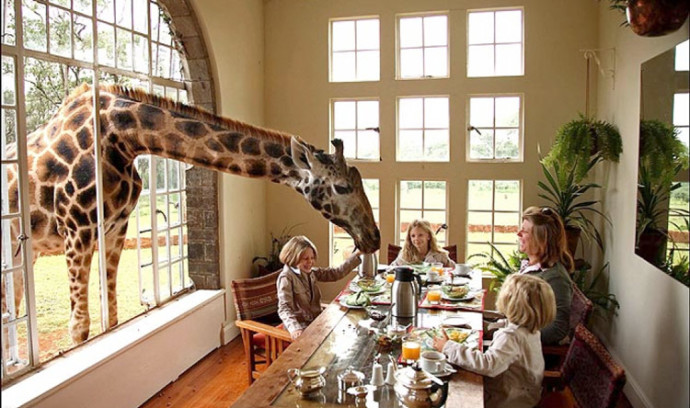 Cape Town and her surrounding coastline offers the visitor some wonderful beaches, but none are more interesting nor more beautiful than the Boulder’s Beach in Simon’s Town. This beach, with its wind sheltered bays and safe sandy shores, is home to a breeding colony of over 2000 endangered African Penguins.
Citation: http://www.capetown.travel/attractions/entry/Boulders_penguin_colony

Shuzenji Onsen is said to be the oldest hot spring in Izu, Shizuoka Prefecture. Legend has it that this hot spring started gushing out when Kobo-Daishi (774-835), aka Kukai, the founder of the Shingon sect of Buddhism, established Shuzen-ji Temple. The name Shuzenji comes from Shuzen-ji Temple, a temple with a long and distinguished history that includes the imprisonment of Minamoto no Yoriie (1182-1204), the second shogun (military leader) of the Kamakura Shogunate (1192-1333). The tranquil environment has attracted many great writers such as Natsume Soseki (1867-1916) and has led to a number of valuable literary works about Shuzenji by various writers. 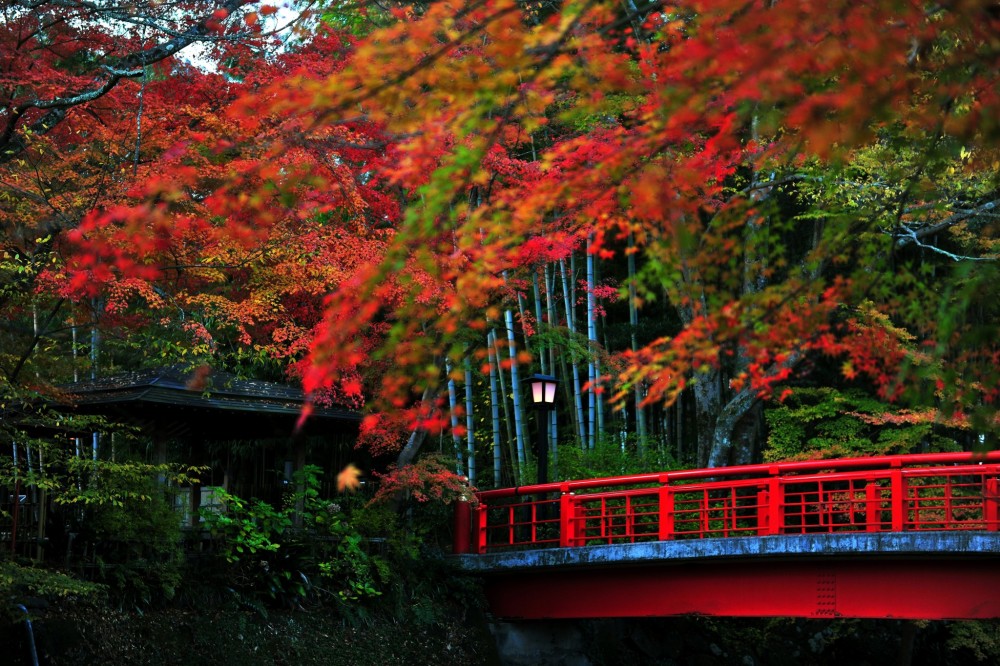 The walking path through a bamboo grove along Katsura River from Tokko-no-yu includes tearooms and an old fire tower and, in the middle of the grove, a large round bamboo bench that is a perfect place to take a rest and feel the tranquility of the area. 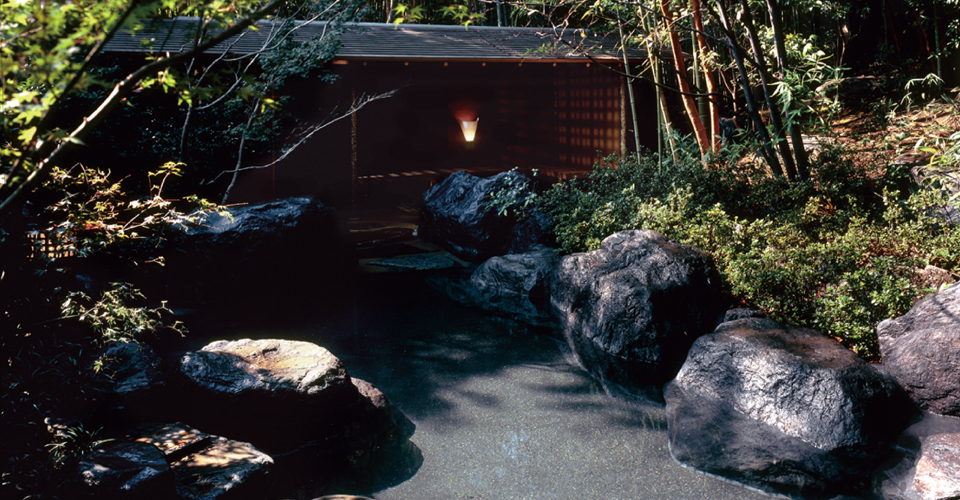 This area has many spots to see the beautiful foliage in autumn including the maple tree grove in Shuzenji Nature Park, Takumi Village (craft center) in Shuzenji Niji no Sato Park, the grounds of Shuzen-ji Temple, and the walking path in the bamboo grove along the Katsura River.

***Shuzenji is just about 3 hours drive from Tokyo ah, so we normally combine Shuzenji + Tokyo 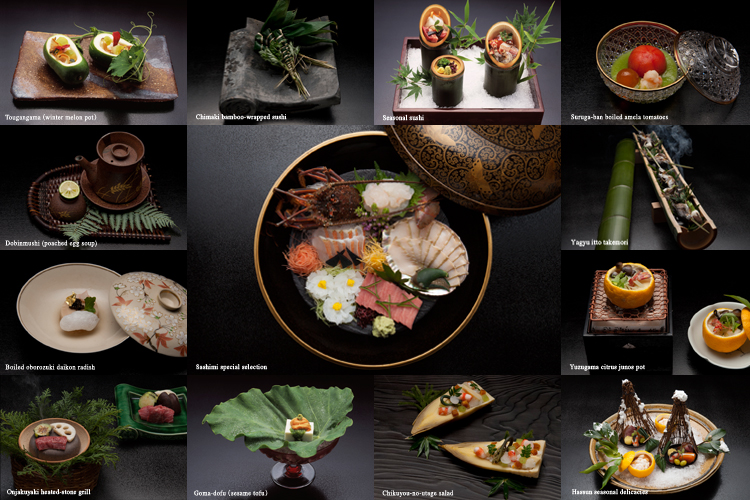 Tucked away in the country’s uplands and nestled along the bend of the Ayeyarwady River, Bagan was the capital of the Kingdom of Pagan – the first kingdom to unify on the Ayeyarwady Plain. The city enjoyed its glory for two-and-a-half centuries before falling to Kublai Khan’s raiders. The Bagan historical site, it’s said, is in many ways equivalent to Cambodia’s Angkor Wat. British historian Arnold Toynbee, who saw both, even coined his own phrase “See Bagan and live. See Angkor Wat and die”.
Phoowadon Duangmee, The Nation.

Angkor Wat is the ultimate expression of Khmer genius – an awe-inspiring temple that is stunning for both its grand scale and its incredible detail. 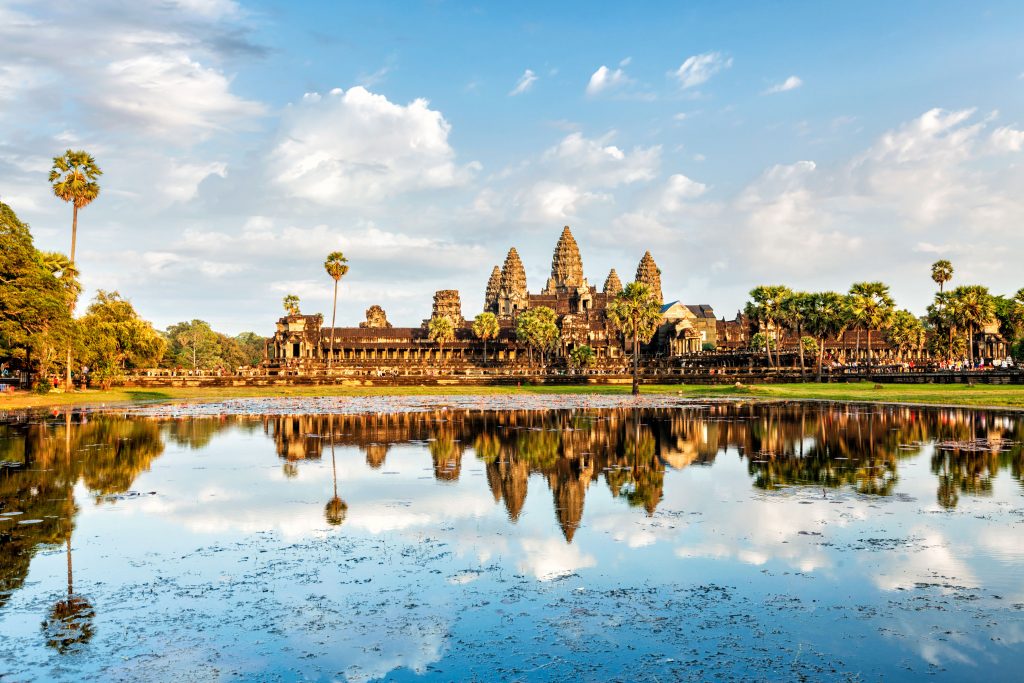 The temple is the heart and soul of Cambodia and a source of fierce national pride. Unlike the other Angkor monuments, it was never abandoned to the elements and has been in virtually continuous use since it was built.
NICK RAY Lonely Planet Writer